Prokriti meaning: nature in (Bengali language) we are non-profitable organization (NGO) in Bangladesh 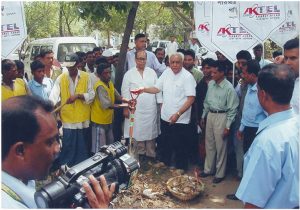 government registered organization for save our nature and environment in order to haven nice feature world for our coming nation from this ambition, we see the cities of advanced countries of the world so we see planned clean cities and countries. Compared to that it seemed like we are living in dustbins. Twenty years back we looked at the existing environment management of our country and we felt that we must address this dirty situation by creating an organization like Prokriti. A clean city low smoke and dust free country is reduced ozone gas what is involved environmental effect on this time so our main work is save country, erath, and future nation generation.

Prokriti at first looked at the Gulshan Banani and Baridhara area which is the 19th ward of DNCC. This ward is a planned residential area. But it was full of waste filled hips throughout the ward. At the request of the local residents, we formed a team of 25 works to create a model block. The team cleaned up the entire block and beautifully painted the roads in white and red colors. The amount money paid by local people according to Prokriti agreement with them was sufficient to pay the worker teams.

Councilor of Banani Gulshan area, the former president of the Banani welfare society and then secretary of ministers Mr. Nurunnabi Chowdhry and other noted citizens held a number of meetings with Prokrity and happily declared that only Prokrity will be able to carry out similar work. Later at a press conference Prokriti’s work was displayed and a memorandum of understanding (MOU) was signed with Prokriti. Subsequently Prokriti deployed more people and vans and the whole area got a clean look. These sequential successful efforts attracted lot of other people to the project. Such recognition gave a tremendous moral boost to the Prokriti executives and they decided that they will continue this work until their death. Slowly Prokrity spread out their work to smaller cities and got good recognition from the press and the media. However, in the 19th ward Prokriti faced obstacles from the local mastans. Later on, DNCC using an open tender process awarded Vatara, Shahzadpur, Khilbarirkhet, Badda, Bashundhara and Dakkhin khan areas to another organization for waste management.

In 2005 with the approval of Dhaka City Corporation, Prokrity led cleanup campaign from Jasimuddin Bridge to Tongi Bridge including business areas on the two sides of the highway at Free of cost. Currently Prokritiy is conducting Waste Management and City Roads Cleaning on Behalf of the LGED and co- operative ministries.